Types of OCD (that People Don’t Like Talking About)

The most common stereotypes of Obsessive Compulsive Disorder (OCD) are that it is characterized by someone being overly concerned with cleanliness (excessively washing hands, cleaning and disinfecting things, etc.), someone liking things very organized, or someone repeatedly checking things like locks. These can be symptoms of OCD, and are highly distressing and even debilitating for the person suffering from the disorder. There are names for these OCD types: Contamination OCD, Just Right OCD, and Responsibility OCD, respectively and they are relatively common.

However, OCD can manifest itself in an almost countless number of ways, and there are several other sub-types of OCD that are not well-recognized.

This is problematic in that people struggling with one of these types of OCD may not have any idea that they even have the disorder, which may cause even more anxiety for them and prevent them from receiving the proper treatment for it.

It can be challenging for medical and mental health professionals to properly identify these sub-types as OCD, too, which can lead to misdiagnosis and improper treatment as well. So here are some of the lesser-known types of OCD that people don’t like talking about because of the subject matter they involve:

In this article we will be covering three types of OCD: Harm OCD, Pedophile OCD, and Sexual Orientation OCD. Additional OCD Types are covered in this article (click here).

Let’s start with one of the more “taboo” forms of OCD. Harm OCD can manifest itself in the form of intrusive and unwanted thoughts or images that are violent in nature. People with Harm OCD may have thoughts like “What if I killed my mom?” or have a flash of an image of themselves stabbing someone close to them.

These thoughts and images can attach themselves to the people they are closest to family, friends, loved ones, even pet which is especially distressing for the person with OCD. They may have random, more generalized fears like “I might lose control and start hurting everyone I see.” As a result, people with this form of OCD may go to great lengths to avoid people and any situation that might seem “risky” for them to “lose all control” and somehow act on those obsessions.

For example, people with Harm OCD might experience high levels of anxiety if they see a knife, so they start to avoid kitchens and eating around others. People may even stop driving for fear that they will somehow “go crazy” and start running over people. It is common that people with Harm OCD will engage in mental compulsions/rituals as well, such as mentally “reviewing” past actions they took to make sure they did not hurt anyone. There can be outward, physical compulsions that occur with Harm OCD, too, such as performing a specific ritual before leaving the house each day to “prevent” something bad from happening to a loved one.

Even within this sub-type of OCD is another type, which is Harm OCD of a sexual nature. In these cases the intrusive thoughts and images involve a fear of performing a sexually aggressive or violent act against someone else. Again, these obsessions tend to be most distressing when they involve a loved one. This form of OCD may lead people to avoid relationships altogether.

People may have Harm OCD thoughts related to hurting themselves, too. This is a tricky form of OCD to identify. First of all, people are very reluctant to ever share these kinds of obsessions with others for fear of what others might think, or out of an irrational fear that simply verbalizing such an upsetting thought will somehow make it come true.

Second of all, if people do express the nature of these kinds of obsessions, they are misunderstood to be homicidal, suicidal, or aggressive, and the individual may be hospitalized and treated as a threat. However, any professional who specializes in OCD and has worked with people with Harm OCD will tell you that those individuals are the least likely people to ever act on any sort of a violent thought or image.

The reason those types of thoughts cause so much anxiety and distress for people with Harm OCD is because those obsessions go against the very nature of their being, and they tend to be kind, caring, and highly responsible individuals.

So now we might as well jump into what is probably the most “taboo” form of OCD, and it is not too far off from Harm OCD that involves sexual obsessions. Pedophile OCD (POCD) is just what it sounds like – the person is plagued by fears that they might somehow be a pedophile and commit some sort of terrible sexual act against a child.

As with Harm OCD, these types of obsessions are particularly disturbing to people because they are directly opposed to their true morals and values. They may experience intrusive thoughts like “What if I’m attracted to little kids?” or “I might molest a child.”

Again, avoidance behaviors are common with POCD, and the individual with OCD may go to great lengths to avoid any sort of interaction with children. POCD can be most upsetting when the intrusive thoughts attach themselves to kids the person is close to, such as his or her own children, nieces, or nephews.

People with POCD can experience high levels of anxiety at the mere sight of a child, which may lead them to engage in compulsions such as mentally (or even physically) checking themselves to see if they are experiencing any feelings of sexual arousal. Mental review is common with POCD as well, and people may continually replay past interactions with kids in their minds to make sure they didn’t make any sexual advances or touch the children inappropriately.

It is important to note that people with Harm OCD and Pedophile OCD tend to be tortured by their intrusive thoughts and images, and frequently they live with the false belief that they are terrible people. People with POCD are even less likely than those with Harm OCD to ever share their thoughts with others, and they may never receive the treatment they need to overcome their OCD.

So it is important to reiterate that people with POCD are the least likely people to actually commit some sort of heinous act against a child. I often tell my clients with POCD that I would let them babysit my three young kids in a heartbeat, because I am confident that they will never act on the intrusive thoughts that their OCD produces.

In a nutshell, this sub-type of OCD is characterized by excessive and persistent doubt about one’s sexual orientation. In the past it has been referred to as Homosexual OCD (HOCD), but that is not an accurate label. There are plenty of people with this form of OCD that are heterosexual and are bombarded by the obsession “What if I’m gay?”.

However, I have also worked with homosexual individuals whose primary intrusive thought is “What if I’m straight?”. So clearly it can go either way.

Keep in mind that OCD intrusive thoughts tend to go against the very nature of one’s true being and cause the sufferer to doubt his or her core beliefs. This is yet another tricky form of OCD to recognize, as it can easily be confused for someone going through the process of realizing his or her sexual identity.

People with this form of OCD may compulsively review past life experiences and routinely check their own levels of sexual arousal in various situations in an effort to either prove or disprove their intrusive thoughts. Avoidance is common here, too. For example, the straight individual may go to great lengths to avoid a gay bar while the gay individual may purposely avoid movies or T.V. shows that involve intimate heterosexual relationships. 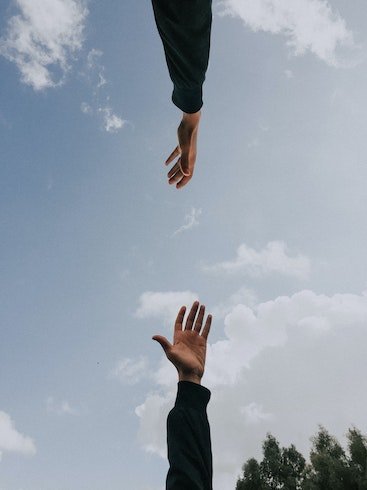 These summaries are just the tip of the iceberg when it comes to explaining of these types of OCD – it is important to understand that OCD is a complex and confusing disorder, especially for the person suffering from it. It is vital that people with OCD and their family members consult with licensed mental health clinicians (professional counselors, psychologists, or social workers) who specialize in treating OCD to receive proper education and treatment.

There are highly effective treatment methods for OCD, including Cognitive Behavioral Therapy (CBT) and Exposure and Response Prevention (ERP). Using these therapeutic methods under the guidance of a specialist can help someone with OCD overcome their fears and doubts and stop their compulsive behaviors.

Looking for mental health support. Book a call with us here and get started!

Additional Blog Posts you may enjoy