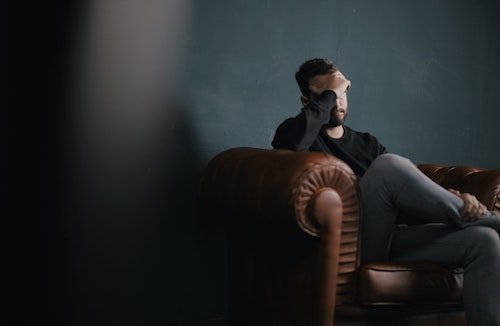 Considering taking medication for your OCD? Here is a guide to give you all the information to make an informed choice.

Obsessive-Compulsive Disorder (OCD) is generally understood as the presence of obsessions and/or compulsions, although the two are often found together. Obsessions can be in the form of thoughts, urges, or images and are persistent in nature. They are experienced as intrusive and unwanted, meaning the person does not find any enjoyment in these obsessions. The person will try to ignore or subdue these obsessions, which usually takes form through compulsions.

Compulsions are defined as repetitive behaviors that an individual feels driven to perform.. They are used to combat or reduce the anxiety and distress accompanied by obsessions. When OCD comes to mind for many, they may picture obsessive washing of the hands, but this is only a snapshot of the reality for many with OCD. These obsessions and compulsions will take up an excess amount of time, interfere with activities of daily living, and prompt significant distress for the individual.

There can be obsessions of many kinds; contamination, responsibility/checking, “just right” or symmetry, harm, sexual orientation, pedophile, relationship, scrupulosity, and hyper-awareness, just to name a few. This is not a complete list and if what you are experiencing is not listed here, it may be beneficial to speak with a professional.

At present, Obsessive-Compulsive Disorder is understood as neurobiological disorder. You may be wondering what neurobiological means and how such a lengthy word describes a mental health condition. Put simply, to date, evidence points towards a partial genetic component of OCD.

Therefore, it is more likely that an individual would be afflicted with OCD if they have the condition in their family. A common misconception is that a genetic predisposition to OCD automatically activates a presentation of the condition. However, this is not often the case. Perhaps you have heard the saying “which comes first, the chicken or the egg?” Similar to mental health disorders, it is difficult to discern whether genetics or learning play an integral role in OCD symptom presentation. It is far more likely that there is an interaction between the two, and thus, adhering singularly to medication may not eradicate OCD. As discussed below, there have been advances in therapeutic forms of treatment for OCD which don’t require medication management.

Certain brain structures have been found to be influential in the presentation of OCD through neuroimaging research. Further, serotonin has been found to be an important factor in OCD, with medications used in the treatment of OCD targeting this neurotransmitter.

For those of us who aren’t brain surgeons, serotonin is a chemical in the brain that is important for your mood and impacts the whole body by communicating messages throughout. It is likely that those with OCD have enough serotonin, however, it is likely not readily available for important brain communications to occur.

Biological factors may be present but the manifestation of OCD may never occur, or occur later in life for some. So what gives? The answer likely lies with an environmental influence. Much of our behavior is so automatic that we are unaware of the learning that takes place over the years.

For those with OCD, the more that compulsions are accompanied with ritualizing behaviors, the more learning becomes deeply solidified. An individual may feel that they must perform some form of ritualizing to alleviate the intense feeling that accompanies obsessions.

What OCD Medication Treatment is Available?

The use of medication for the treatment of OCD is commonly used to reduce the sensitivity to anxiety and allow a sense of letting go, rather than clinging on to obsessions. Currently, Selective Serotonin Reuptake Inhibitors (SSRI’s) are commonly used for treatment of OCD. Some of the most commonly administered SSRI’s include Zoloft, Prozac, Luvox, Paxil, Celexa, and Lexapro. 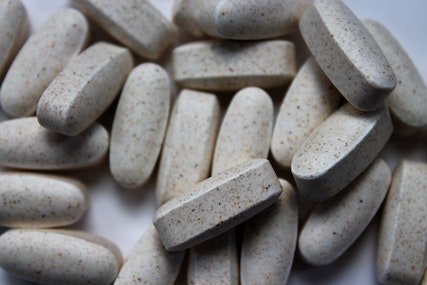 Antidepressants are also used in the medication management of OCD, such as Effexor and Cymbalta. The right prescription, dosage, and frequency rely heavily on a consultation with a primary care physician who can assess the appropriateness of use.

To say yay or nay to medication has been up for some debate. There is absolutely no problem taking medication to alleviate severe cases of OCD presentation that require assistance in managing extreme levels of distress. However, these considerations should be dependent on a discussion with a physician and consider their purpose in an overall treatment plan for battling OCD.

Reluctance to medication can be common but should not be discounted for overall well-being. It is not a sign of weakness to advocate for yourself by accepting help from pharmaceuticals. The important factor here is that each individual is unique and whether or not medication is beneficial, not needed, or used intermittently throughout the treatment process is up to the individual and a professional to guide them through the process.

A knowledgeable physician will be able to provide the correct dosage and predict the duration of use. An empowering aspect of treating OCD is recognizing that you have a role in creating a treatment plan that works best for you – whether or not that includes medication should be explored.

What Other OCD Treatment Options Are Available?

Over the years, several differently therapeutic approaches have been used to alleviate symptoms of OCD. At the forefront of this research is Exposure and Response Prevention (ERP), a highly implemented treatment program at the Chicago Counseling Center.

This treatment modality is so beneficial that studies regarding its efficacy have shown that effective treatment programs for OCD include ERP.  Cognitive-Behavioral Therapy (CBT), an evidence-based treatment strategy, is also integral in treating those with OCD.

This strategy works to identify commonly used thinking errors that serve to reinforce cycles of obsessions and compulsions.  While medication can bring extreme emotional distress closer to baseline, ERP and CBT have been shown to be as equally, if not more, effective in treating OCD.

Acceptance and Commitment Therapy (ACT) is an additional treatment modality that can be incorporated into OCD presentation. The intolerance of uncertainty is very common for people struggling with OCD, and acceptance can be an integral part of treatment by learning how to tolerate feelings and thoughts that may have once seemed unmanageable. Excessive value is often placed on thoughts that people with OCD have, as if these compulsions signify some depravity of the person. Instead of trying to fight off compulsions with rituals, ACT helps guide the person towards acceptance of thoughts and feelings as part of the experience of life. ACT works to help teach the individual that these compulsions can come and go rather than being stuck.

If you feel that you or a loved one may be experiencing some of the signs and symptoms associated with OCD, it may be time to speak with a professional. Scheduling an appointment with Chicago Counseling Center may be the first step among many for the battle against OCD.