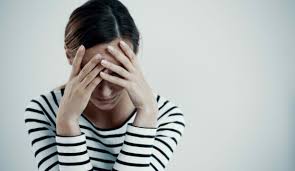 Sufferers of OCD may already be distinctly aware of the ebbs and flows of their symptoms associated with the disorder. After all, it is quite common for many people diagnosed with OCD to still be able to achieve a certain level of balance to their lives, managing personal relationships or careers, and yet, still making time to address compulsions related to their obsessions. An individual may appear completely happy and healthy to outside observation, and it is remarkable how individuals are able to accomplish feats as this. However, what OCD has demonstrated time and time again, is that over the course of its existence, the conditions and evolution of that drive the symptoms are never certain.

What is an OCD attack?

When you think of an OCD attack, an image that might come to mind is that of a person who is in the middle of experiencing high anxiety, possibly actively engaging in a ritual to soothe themselves in a desperate manner. Counting, saying phrases, checking if doors are locked and ovens are off over and over. Entering a state of compulsive behavior, unable to move on from what the compulsions demand until complete.

Perhaps another way we would imagine someone during an OCD attack would be when they are experiencing heightened levels of outward anxiety. This commonly may be referred to as a panic attack. Hyperventilating, having a rapid heartrate, sweating, being unable to think clearly or function until the episode is over. As an anxiety disorder, many of those diagnosed with OCD are able to experience heightened levels of anxiety such as a panic attack. However, there are also those that suffer in silence, unable to escape from cascading thoughts that continue to pile on and torment.

When thinking of the word attack, a few things might come to mind. One is that we are under an immediate threat, if we do not act, then harm may come upon us. We may also view an attack as something tangible, a visible threat so to speak. However, as mentioned before, OCD can be sneaky, covertly latching on at the times you are most vulnerable. Its attacks may be delayed, waiting for you to get home, or presenting itself at other times of high stress.

So, naturally, being attacked would activate the part of our brain responsible for responding to threats, the amygdala. It is also known as the fight, flight, or freeze response that can be responsible for increasing our anxiety and panic like symptoms. It exists for a reason, to protect us in identifying threats as well as giving us a needed jolt to escape danger. Therefore, whether it is an anxiety attack or an OCD attack, that part of our brain is activated.

Unfortunately, even though in a way our brains are trying to help us during times of stress, we can often find ourselves folding and succumbing to the intense feelings of anxiety. This may culminate to a panic like episode where one might find themselves struggling to get ahold on the situation due to physical symptoms such as shortness of breath and increased heart rate. Could this be related to OCD or is it just anxiety?

Depending on the cause it could be related to OCD, especially if it is recurrent around a theme. There exists an extended number of subtypes in OCD, so for the sake of being concise, examples will trend towards a general approach, but the cycle of anxiety can be simple to understand. If there is avoidance around a trigger that causes anxiety, the next time experiencing the trigger, the anxiety would still be present and maybe more intense. Someone diagnosed with OCD may not experience high levels of panic like symptoms if they are involved in compulsive behavior that somewhat reduces the anxiety. These behaviors can also be known as safety behaviors.

It might be confusing to think of something that helps reduce anxiety as counterintuitive, but as you may know, the way OCD can spiral shows that a behavior such as repeatedly washing hands doesn’t eliminate the anxiety from taking place. In fact, the OCD may demand more and increase the number of times one must engage in these safety behaviors. In can be trapping engaging in these compulsions, unable to resist until achieving a just right feeling. How despite telling themselves that they are aware their hands are clean, they continue to wash their hands, or how someone may know that feeding into worries is not productive, they still are unable to be released from their thoughts.

This type of OCD attack may not feel as intense as a panic attack in the moment, but it becomes a driver for avoidance, limiting many in the quality of life deserved. Fortunately, these cycles of behavior can be broken. Through evidenced based treatments such as ERP, a person can begin to restructure the anxiety response in their brain to realize that having thoughts or experiencing certain triggers doesn’t warrant such an intense response. If you are interested in learning more, please contact us for a consultation.