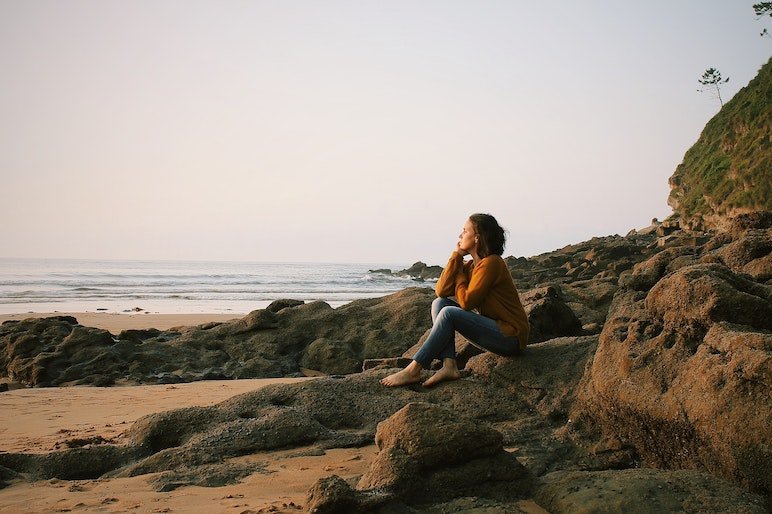 As human beings we experience thousands of thoughts a day. Some are intentional, such as when we are planning for something or trying to remember something, and some are unintentional, such as a worry about something going wrong or a memory of someone being triggered by something. Thoughts can also be pleasant, unpleasant, or neutral, though most often they are experienced as either pleasant or unpleasant. When a thought is unintentional or spontaneous and experienced as unpleasant or unwanted, it is considered an intrusive thought. Intrusive thoughts are unwanted thoughts, images, or urges that can occur spontaneously or in response to internal or external cues. They are often experienced as distressing and can cause significant anxiety. When intrusive thoughts are interpreted as meaningful and threatening, this distress and anxiety can be quite debilitating. This is often what happens to someone who struggles with Obsessive Compulsive Disorder (OCD) or a related Anxiety Disorder.

Everyone experiences intrusive thoughts. This is because the ability to have spontaneous thoughts is important for our survival, as well as our ability to create. Many inventions were likely the result of spontaneous thoughts. Spontaneous thoughts can also keep us safe and out of harm’s way. For example, if there is broken glass on the floor and you intend to clean it up by reaching for it with your hand, you might have the thought that you will cut yourself or you might have an image of your hand getting cut and starting to bleed. Having that thought or image might motivate you to be careful when picking up the glass or to use a broom and dustpan.

Intrusive thoughts can be about anything, but the most common fall into one of the following categories:

Again, the above categories are not exhaustive and intrusive thoughts can be about anything. If it is a thought, image, or urge and it is unwanted and causes anxiety or distress, then it is an intrusive thought.

When do intrusive thoughts become a problem?

If everyone experiences intrusive thoughts, then why are some people so distressed and overwhelmed by them, while others are not? The reason is that some people (especially those who suffer from anxiety disorders and obsessive compulsive disorder) misinterpret their intrusive thoughts as significant and meaningful.

One example of how you might misinterpret the meaning of an intrusive thought is to think that having the thought means you unconsciously want to do what comes into your mind. For example, if you have the thought about running over a pedestrian with your car, you might misinterpret that thought as evidence that you want to commit such an act. This misinterpretation is especially common when one experiences intrusive urges, such as urges to engage in violent behavior or “unnatural” sexual acts. The truth is that intrusive thoughts do not mean anything about one’s intentions or desires. In fact, it is often the case that intrusive thoughts represent what a person does not want to do.

Another example of how you might misinterpret the meaning of an intrusive thought is to think that you are a “bad person” because you had the thought. For example, if you have the thought that God does not exist, you might interpret that fact that you had that thought as evidence that you are a bad person. This would not be true because intrusive thoughts are spontaneous and automatic and therefore completely out of your control. How could something that is outside of your control be a reflection on you as a person?

Misinterpreting these intrusive thoughts as meaningful and significant leads to feeling a great deal of anxiety and distress, which can lead one to resort to strategies to gain relief from those feelings. Those strategies can include seeking reassurance from others, checking to make sure one did not do what they thought, or going over scenarios in one’s mind. All of these strategies represent an effort to convince yourself that your thoughts are not true or that you will not act on them. The problem is that those strategies cannot fully convince you and they also cause you to give more meaning to the thoughts, creating a vicious cycle. That cycle is depicted below. 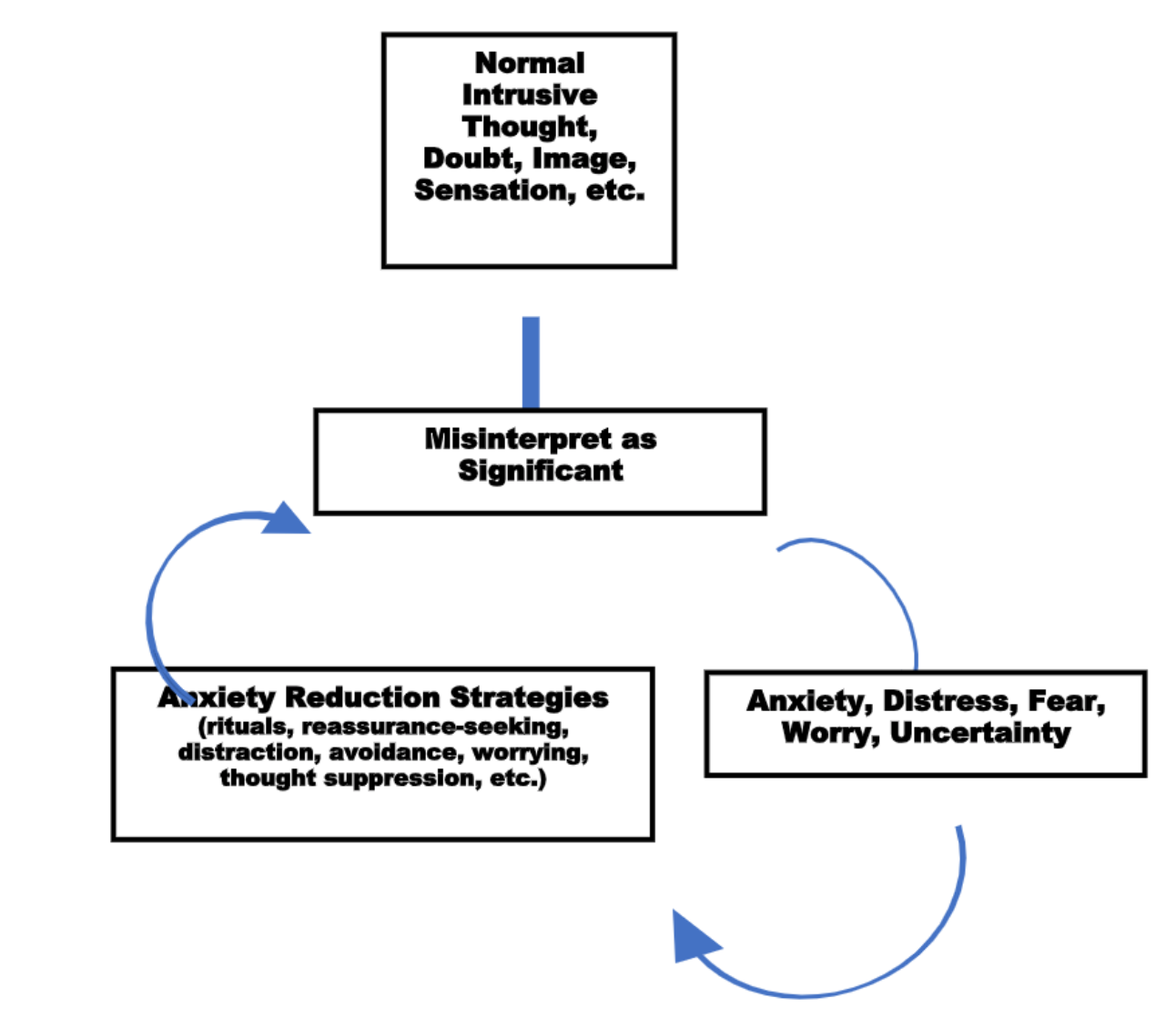 How to respond to intrusive thoughts

The key to managing intrusive thoughts is to develop a new relationship with them. Rather than viewing your thoughts as significant and meaningful, you can learn to view them as neutral, irrelevant, and meaningless. Yes, many thoughts are unpleasant, shocking, and maybe even socially taboo. However, at the end of the day, thoughts are…well…thoughts. They do not necessarily have anything to do with what you want or what you will do.

To demonstrate the insignificance of thoughts, try looking out the window where there are cars driving by and think about two cars getting into an accident. Think really hard about it. Did it happen? Probably not. Even if it did, was it necessarily due to the fact that you thought it?

Here is another example. The next time you are with someone, think about reaching out and touching their belly button, but don’t actually do it. Do you think that you can think about doing it without actually doing it? You are probably answering yes because you know that our thoughts and our actions are different.

When responding to intrusive thoughts, try not to do the following: